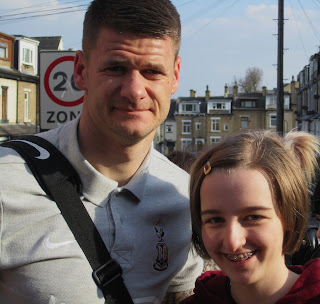 Everyone loves an old-fashioned centre half, and they don’t come much tougher than Michael Nelson. Strong in the tackle, strong in the air and a natural leader, he’s the perfect acquisition for a City squad that embodies the ‘never say die’ attitude, and the idea of McArdle, McHugh, Oliver, Davies and Nelson all vying for those two starting centre back spots next season is almost as exciting a prospect as playing Sheffield United.
Signed by Parkinson in January, Nelson was brought in not just as emergency cover at a time when an injury-riddled defence was at its knees, but also as part of a longer-term strategy, as indicated by his 18-month contract. He began to frequent the starting eleven more often as the season progressed, most notably against A.F.C. Wimbledon, when he confidently partnered Andrew Davies to stamp out one of the Wombles’ key players. Several weeks later, Nelson was solid again, and fiercely stood up to Calvin Zola to help the Bantams bag three points from the final home game of the season.
With a consistent start under his belt and the tune of ‘Midland Road, Take Me Home” still ringing in his ears, it’s no wonder the big defender is loving his stint with City.
“I've really enjoyed my time so far,” he says. “I mean, it’s been hard not to with two trips to Wembley. I was a little frustrated at not playing as many games as I wanted towards the end of the season, but the lads were playing so well that there was nothing I could do about it.”
Nelson was a key figure as City rushed to make up the distance lying between them and the top seven, and looked one of the more comfortable players during the poor 3-2 home defeat to Burton. Although he wasn’t on the pitch at Wembley, he still joined in with the celebrations and picked up his deserved medal.
“To get promoted at Wembley was brilliant,” says Nelson. “I've been promoted automatically before [with Hartlepool United and Norwich City], but the day at Wembley was special. It was good that so many fans and all our families could enjoy the day with us.”
It was the Bantams’ huge potential, on top of other factors, that lured Nelson to Bradford.
“It just seemed the right time,” he explains. “The club seemed to be going places, not only in the Capital One Cup, but also in the league. I thought there was a great chance to get promoted. The size of the club played a big part with the amount of support we get home and away, and it also made sense for my family, as it meant I would be able to spend more time at home with them.”

“I think the club has a real opportunity to keep moving forward, but we can’t just expect it to happen.”

A quick scan of his track record reveals that Nelson is no stranger to success. Promotion with Hartlepool. The League One title with Norwich. The Scottish League Cup with Kilmarnock. On an individual level, he climbed from playing non-league football to sweeping up every gong going at Bury’s awards night in 2003, which is a remarkable feat. An enviable football history, and one that Nelson is looking forward to building on with City.
“I'm really excited about next season,” he says. “I think we have a real opportunity to do well and move forward as a club, but we can't just expect it to happen. It is going to be harder than last season, so we all need to pull together and work hard.
“I'm not going to make any predictions - it's just the old cliché of one game at a time – but hopefully I will be doing an interview with you this time next year, talking about similar success.”