EXCLUSIVE INTERVIEW: One’s Mr. Consistency and the other is magic. Bantams Blogger meets City’s STEPHEN DARBY and GARY JONES to talk promotion hopes, the League Cup final and playing against some of the Premier League’s most accomplished stars. 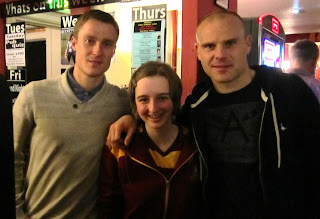 As the season begins to draw to a close, things couldn’t be much more exciting for Bradford City. This fantastic campaign has seen City enchant the nation on the journey to the Capital One Cup final, and, when the final whistle blows after Saturday’s game at Whaddon Road this week, the Bantams will finish in seventh spot, giving the side an opportunity to win promotion to League One.
Two players who have been instrumental parts of City’s achievements this year are Stephen Darby and Gary Jones. The latter has been a dynamo in the centre of the park, and the likes of Arsenal and Aston Villa have been despatched at the hands of the midfielder’s set pieces. Meanwhile, Stephen Darby has dominated the right-hand side of the defence, with his cool demeanour not giving City’s opponents a prayer.
Both players are still in their first year at the club, and what a fantastic campaign for them to be a part of. The current season has entailed multiple highs so far and the pair say that they’re relishing playing for the Bantams.
“I’ve loved every minute of it,” says Jones. “It was a wrench to leave Rochdale but this was the best club I could have possibly come to. They made me feel so welcome, so I’m happy and probably playing my best football. I’m absolutely delighted.”
“I’ve really enjoyed it,” Darby comments. “Making the League Cup final at Wembley was beyond our wildest dreams and it’s still not over yet. We’ve still got three massive games to go and hopefully we can really push on.”
What has been the highlight of this incredible season?
“I think it’s got to be the League Cup final, hasn’t it?” Darby says. “I think the cup run leading up to that was massive and Wembley was a good day out. Obviously, it was disappointing with the result, but getting to the final and the cup run were brilliant.”
Stephen and Gary quickly established themselves as fans’ favourites. Darby’s calm and composed performances, as well as his ability to create time on the ball, have proved to be a pivotal part of City’s success, and the full back’s defensive heroics against Arsenal ensured that the Gunners’ offensive endeavours yielded few rewards.
“You train really hard day in, day out, and you want to perform at the highest level and the best level that you can,” Darby explains. “In the big games, you’ve got to be more switched on and I think we raised our game, especially against Arsenal.”
Similarly, Jones received a warm reception from Bantams fans alike. Through his unfaltering energy and enthusiasm, the 35 year-old immediately endeared himself to the Valley Parade faithful, cementing his position at the heart of the midfield and, incidentally, as a cult hero for many City supporters. Bradford fans quickly grew to admire Jones’ dedication to the cause and how he gives 110% every time.
“When you’re playing and see the support Bradford City have got, I think it spurs you on a little bit more, ” Jones says. “I want to win every game as well, so combine the two and I think it’s quite a decent combination. Every time I step on the field, I want to win, and I try and wear my heart on my sleeve.” 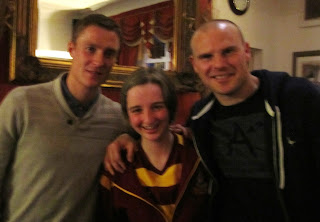