REACH FOR THE STARS: CITY NEW BOYS SHINE IN SPARKLING FIRST HALF 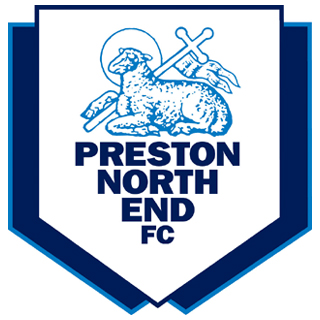 “New boys can get Bantams smiling again,” the T&A headline had screamed prior to kick-off.
It wasn’t wrong.
It marked the fusion of the old and the new: City scaling the intoxicating heights of September with a dazzling passing performance from the familiar faces we know and love, but blended perfectly with the fresh impetus offered by new acquisitions. The mid-season resurgence that had begun with the courageous second-half fight back at Brammall Lane continued in equally impassioned vein, but with greater finesse and flow instigated by the hugely impressive Gary Jones, Adam Reach and Kyle Bennett.
It was hard to believe it was the first time they’d played together.
Though Huddersfield loanee Chris Atkinson wasn’t fielded for a game in which the Bantams recorded their first home clean sheet since September, his fellow Championship stars Reach and Bennett enthralled with captivating wing play, City working the flanks well and looking fresh, fluid and fast thanks to their young acquisitions.
It was a wholesale shake-up from the side who had played Sheffield United. Long-term absentee Andrew Davies, making his first start since October, returned to centre-half as Bates was pushed over to left back, meaning Carl McHugh had to settle for a place on the bench. Thompson was sacrificed in favour of Doncaster striker Kyle Bennett, while Adam Reach lined up on the left wing and Nathan Doyle slotted back into centre midfield. The strike force remained the only untouched outfield area, McLean and Hanson both retaining their places.
It was a very promising opening for Parkinson’s men. From the outset, they were captivating, to a man: Jones provided energetic, fluid dictation in the middle; Reach was a lively and calming presence on the left; Darby provided excellent attacking support for the lively Bennett, who oozed class in each and every manoeuvre: every pass was perfectly picked out and played, every cut inside menacing, every movement exciting, every attack even more promising than the last as City grew in stature and confidence. After the winger had effortlessly skipped down the wing, his inviting cross was teed marginally over by McLean, but the former Peterborough man fired wide before later struggling to muster the finish to Hanson’s superb flick-on. The Bantams looked organised and efficient, every inch an exciting League One outfit.
But everything nearly crumbled just before the half hour mark. Bennett fouled Preston midfielder Neil Kilkenny and a minor tussle followed, with the Bradford winger dismissed after pushing his opponent. It was a controversial red card, arguably a harsh and heavy handed one, and the Lancashire side also found themselves reduced to ten men following Kilkenny’s comedic flop to the floor.
City could have folded, but it’s credit to the perennial stoicism and unwavering resilience of Parkinson’s side that they carry on regardless of the problems they face. It was another example of the deep-rooted spirit the team possess, and Stephen Darby stepped up admirably to the plate to link-up well with McLean. Doyle lashed two ambitiously venomous efforts towards goal but both took late deflections, and McLean saw his textbook strike acrobatically denied by Declan Rudd.
Preston grew into the game more as the second half opened. John Brownhill came close as the visitors capitalised on a Matthew Bates error and James Hanson flicked over the crossbar shortly after, as the game descended into an enthralling end-to-end clash. City threw everything forward, Bates, Davies and Reach all pummelling down the wing to deliver teasing cross after teasing cross, but the game remained at deadlock as the Bantams failed to capitalise. Preston hit the woodwork in a frantic 20 minute period in which either side could have scored: the Lancashire side were more clinical in the final third, but Bradford were tidy throughout and were always on the front foot.
It was an excellent showing for City – possibly the best display since those heady early home highs against Sheffield United and Brentford – and high-flying Preston never looked a cut above the hosts. Most settling of all, the back line – bolstered by the return of lynchpin Andrew Davies - looked more stable and correlated, and, though there were admittedly occasions on which Preston looked like scoring, even Bates looked more assured, and McArdle came close to replicating the form shown in the reverse fixture last year. As McLean and Hanson get used to each other (McLean looks different to Nahki – perhaps a more creative entity who links with the wingers better) and Reach, Bennett and Atkinson are further integrated into proceedings, there is the potential for some excellent performances during the final half of the campaign.
This display needs to be kept in context, of course, but a lot of questions have been answered and things suddenly seem so much brighter - yesterday was nothing but promising. The next challenge now lurks ominously and imposingly down the M6, ready to open the next draw of the Bantams’ League One account.


2nd: Andrew Davies / Stephen Darby: Superb return to action for the hugely influential centre half – a massive influence. Darby showed tenacity and determination getting forward, which is going to be critical while Meredith’s absent.


3rd: Gary Jones: Characteristically energetic in the centre of the park. Some great passes picked out and really brought the wide players into the game as City worked to make use of the flanks.